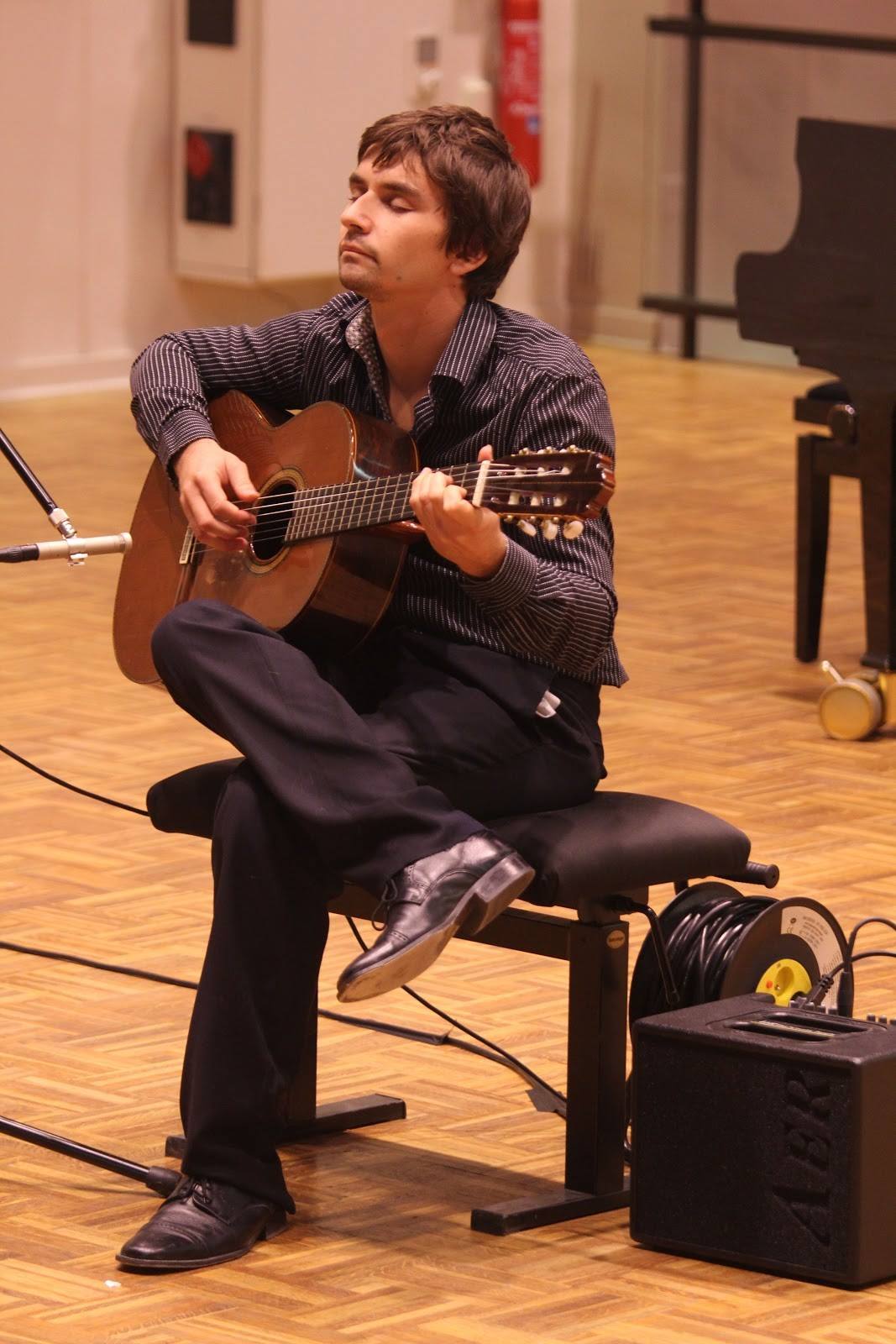 Fabien LAFIANDRA is born the 16th of February 1987 in Grenoble.(Isére) France.
He began the guitar at the age of 7.

His entrance in the conservatory at the age of 10 'old only in 3rd cycle sign an exceptional musical journey:
At 13, he won a first silver medal and instrumental diploma decryption with a score of 19/20, the next year his diploma in music theory and the following year his gold medal at 15 'old that he was awarded unanimously with honors at the Conservatoire National de Région de Grenoble in the classroom  of Gérard Gavarone.

he is prize winner many prices among which :
- 1st price of "les tournois de la musique" organized by Radio-France.
- special price of the jury unanimously in the Volos festival.(Greece)
- finalist of the international contest competition composition of Montreal 2008.

Fabien plays in concert since the age of nine .
This young virtuoso guitarist is really a whole impassioned


musician, and have an extreme sensitivity.
He composes and writes arrangements for guitar, like music of Astor Piazzolla, that he particularly affectionate. He worked with Arnaud Petit for a composition diploma at the conservatoire of Grenoble.

One of his compositions is finalist of the international contest competition composition of Montreal 2008.

He meets Gaëlle Le Gallic, France Musique producer, with whom he recorded for "Generation jeunes interprètes"
who will also join the Festival Radio France Montpellier 2010 in the series "Young Soloists' , concert broadcast on France Musique and France3 SUD,and in 2011 where his concerts generate a great enthusiasm and great emotion.
Holder of " Diplôme d'Etat" of classical guitar teacher by the CEFEDEM Rhone Alpes,(Lyon) , he is actually teaching in CRC of Sassenage.

If he excels in the classical repertoire, the musical worlds he explores with equal talent, make it an eclectic musician, unanimously recognized.